Happy Hump Day Everyone!!  Today I have a special guest with me today fresh off the Pink Press!!  Please give a warm welcome to Kate Monroe!!
Behind The Scenes
Kate Monroe
Behind every great story is a hell of a lot of back story that the author might never get a chance to share with you. It’s a necessary to bring that depth and richness to a tale that makes it leap from the page into the reader’s imagination; the author has to live and breathe the story whilst they’re writing it, and it’s vital that they come to know their characters as well as they know themselves.
Two of the authors who really inspired me as a child are the epitome of just that. When I was younger I was absolutely obsessed with Harry Potter (okay, to tell the truth I’m still an avowed Potterhead!) and I could easily spend hours annotating my books in an attempt to decipher the next plot twist that JK Rowling would lead us through. I had two copies of each book, one for best and one to write in, and I signed up to all the forums to eagerly discuss such nuances as the colour of Ron’s dress robes with my fellow fanatics.
Why am I sharing this slightly embarrassing detail with you all? To illustrate the power of back story. JKR might have her critics, but the amount of thought she put into crafting the world of Harry Potter certainly paid off. She’s demonstrated that she knows the history of even the most insignificant character. A thousand years of wizarding history lives inside her head, and it’s that devotion to the world she created that makes the Harry Potter series so vivid and real to its readers.
Perhaps the greatest and most enthusiastic proponent of back story, though, was the ultimate literary luminary; JRR Tolkien. Most of us will have read The Hobbit and the Lord of the Rings trilogy at some point, but the full breadth of the tales of Middle Earth were barely touched upon in those four books. One of the most-read books on my groaning shelves is The Silmarillion, which takes the reader back to the First Age and the events that were hinted at by Elrond. It’s a breathtaking chronicle, epic fantasy at its absolute finest. To realise as you read the tales within that the best-known of Tolkien’s stories were merely the tip of the iceberg is awe-inspiring.
Though I wouldn’t dream of elevating myself to the same lofty heights that Rowling and Tolkien have achieved with the power of their imagination, I certainly take inspiration from their devotion to their craft each time I sit down to create a new story. I’m convinced that for an author to write a truly convincing story, they have to know everything about their characters and what brought them to the point in time where the reader joins in their journey with them.
The Falcon’s Chase has so much that never made it into the final draft, and yet more that I didn’t even consider writing in, but was just as vital to creating Reuben and Ari’s tale as everything you’ll read in the book. I have a ton of handwritten notes detailing both their past and their future; I know all about Ari’s childhood hopes and fears, how Reuben came to captain the Falcon, and I know exactly what happens after the last page of their written story has come to an end. It was that complete absorption in their story whilst I was writing it that helped me to do so with such ease. Because for a time, I lived in their world and the words came as naturally as breathing. 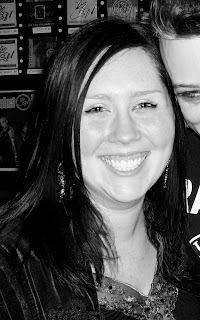 Think about that next time you read a story that really captivates you, and take a minute to wonder and marvel at how completely those characters took up residence inside their author’s head whilst he or she was writing about them. That’s the true power of a good book; and if the author has done their tale justice, you’ll find yourself just as enthralled as the author was when he or she was writing it.
***
Kate Monroe is a redheaded author and editor who lives in a quiet and inspirational corner of southern England. She has penchants for classic sci-fi, horror and loud guitars, and a fatal weakness for red wine. Her interests in writing range from horror to erotica, taking in historical romance, steampunk and tales of the paranormal on the way; whatever she dreamed about the night before is liable to find its way onto the page in some form or another…
Kate has had short stories published in numerous anthologies including works by Sirens Call Publications, Cruentus Libri Press, Rainstorm Press and Angelic Knight Press. The Falcon's Chase is her debut full-length novel. 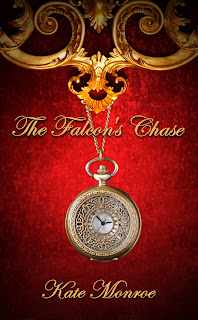 thanks for a fun post and giveaway! One of my favor HR is Wedding of the Season: Abandoned at the Altar by
Laura Lee Guhrke

Oh my gosh! The Falcon's Chase sounds like a fantastic read. Thanks so much for introducing me to this new-to-me author! And thank you to the author for the giveaway opportunity.

I have so many that I've read & really liked! Gallant Waif by Anne Gracie? That was a good one. I liked that it was amazingly romantic & tender w/out needing graphical sex scenes. Nice & refreshing.

I would have to say Reckless by Shannon Drake :)
Thanks for the awesome giveaway!

Right now it's SEVEN NIGHTS IN A ROGUE'S BED by Anna Campbell.

my fave is MISTRESS by amanda quick....