Great Giveaways From Some Great Authors!!! 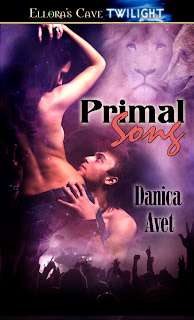 I know you remember this yummy book: 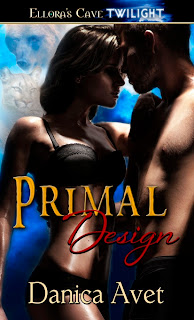 And this is the next book:
Fashion designer and bear shifter Kitty Chambers thought fifteen years was enough time to get over her first love, Monk Badeaux, but when she sees the sexy cougar again, her mating instincts return and it’s all she can do to keep her paws off him. Despite her wariness, Monk unearths a part of her sexuality she’d never known existed, using it ruthlessly to win her back. Monk is hazardous to her well-being and her heart, but Kitty isn’t sure she stands a chance against all this heat.
If you love something, set it free. Monk Badeaux did that and suffered the consequences. When Kitty comes home, he falls head over heels in love with the independent, no-panty-wearing woman his childhood sweetheart has become. And she hates him. Luck is on his side when he discovers his mate has a streak of exhibitionism he’s more than happy to exploit if it’ll bring them closer. Alleys, school gyms, cars…no location is sacred when a cougar is out to win his mate
And guess where this talented author is going to be?  Well let's take a look at what she had to say!!!
Greetings folks!
Iti seems I was just here. Oh yeah, that's because I was! This time though I'm not here to promote a book. Nope. I'm here because I'm part of a group blog called Darker Temptations and we have a marvelous gathering of erotic writers of paranormal, sci-fi, steampunk and futuristic romance.
Even better, for the next two weeks, we're holding a giveaway every single day. Well, except for Sundays because even erotic romance authors need a break now and then. How else would we be able to recharge our brains? But every day, one of the bloggers will hold a giveaway and the prizes range from swag to books (you know how awesome free books are...) and the winners will be announced on October 15th.
So if you're looking for free stuff (and who isn't?), stop by www.darkertemptations.wordpress.com from now until October 13th for chances to win prizes and get to know some of the upcoming stars in erotic romance. We have Marcella Brunard, Anya Richads, Denise Tompkins, Jan Springer, Keira Andrews, Leta Blake, Misa Buckley, Regina Cole, Tina Christopher, Viki Lyn, Virginia Cavanaugh and myself. You definitely don't want to miss out on this giveaway!
Oh and be nice and share with your friends ;)