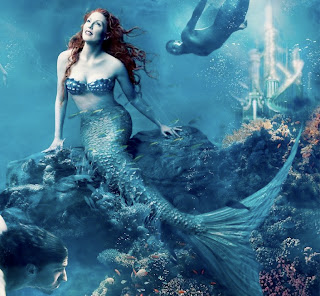 I've always loved the tale of the little mermaid, even though on the original account it didn't end well for her. I have Dianne Harding with me today to give her take on this enchanting tale.
Riding The Waves Of Emotion
by Dianna Hardy
www.diannahardy.com
‘Til Death Do Us Part is one of those stories that I wrote whilst riding the crest of anger. In short, my daughter had injured herself (dislocated elbow) and it was the first time we’d ever had to take her in to hospital (– does strange things to a mother…). I don’t know why it was this story that came out, suffice to say that as a child, I was always angry with the way the original story had ended (with the mermaid killing herself and turning into waves). Depressing much??? It made me sad and angry when I was five, so for some reason, when my anger peaked in November 2012 after my daughter’s injury, ‘Til Death Do Us Part was the story that materialised.
I wrote it, edited it, designed the cover, and published it, all within four days. That’s how angry I was. I didn’t really stop until it was all out of my system.
There were two things I was certain of: the mermaid would not end up like she did in the original story, and since I was writing a retelling, I was adamant that the story should also be around the same length as the original. Those were my only two “rules”. ‘Til Death Do Us Part was the result.
Whenever I re-read it, I wonder how I wrote it – I sort of don’t really remember writing it. It kind of just happened. Have you had any experiences like this with anger? What did you channel your anger into? What was the end result?
A huge thanks to Nikki for reading and reviewing this dark fairy tale retelling of the Little Mermaid J 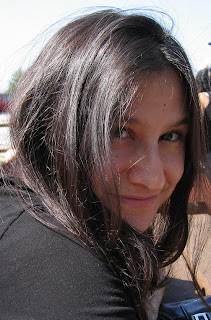 Dianna Hardy is a multi-genre author of paranormal things, dark things, poetic things, sexy things, taboo things, and sometimes funny things. She writes about witches, demons and angels. All info about her books can be found on her website DiannaHardy.com
You can also find her on Facebook and Twitter. 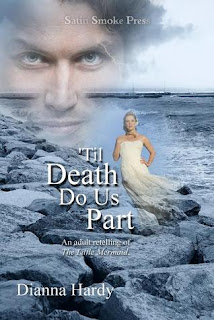 The day you get married, is supposed to be the happiest day of your life. Dreams are made of such things. But I forgot. I could blame the witch if I wanted to - in fact I did, for quite a while after - but the fault can only lie with me. Being with him made me so happy - so very, very happy - that I chose to forget. I chose amnesia. If I had had any foresight into how my flippant choice would ruin him, I would have saved him the heartbreak. I would have forfeited my knowing him, my own selfishness, lived forever in the pain of unfulfillment, if it meant he could be spared....

When you love someone so much that your heart aches without them in your life, would you give up everything you've ever known to be with them? Would you give up your identity?

This is exactly what Aria did. But her sacrifice comes at a great cost, with startling consequences. With no memory of her previous life, she's forgotten what she really is, and who she's left behind: a jealous, possessive God, who's finally found her, and will stop at nothing to keep her heart from ever straying again.

In this dark and erotically passionate retelling of The Little Mermaid, can a love founded on humanity, stand the passing of time, an angry sea-God, and even death itself?
My Review:

This was a hauntingly beautiful tale of love, loss, and re-birth.  Aria went after what she wanted even though it came at a great price.  It could be looked at as a growing lesson for her, even though she never regretted her decision to be him, even though it caused her so much pain.  Love is never easy, but it seems Aria was meant to suffer more than most.  I liked this tale a lot even though it was little dark.  Sometimes the darker side of love needs to be expressed in order to be appreciated.  Great story Dianna!!

Thanks so much for having me on your blog, Nikki :)