Giveaway, Guest Post, and Review of Daughter of the Red Dawn By Alicia Michaels

Happy Monday Everyone!  And what better way then to start your week off than with an excellent NEW series that has just hit the circuits!!  I can't wait to share with you all about this lovely new read!  But first, let's listen to what Selena wants to share with us about the REAL big bad wolf!!
Selena McKinley here.

When Alicia asked me to come along on this tour and talk about my story, I was delighted. I mean, people have been getting my story all wrong for centuries and I’m here to set the record straight.

I had no idea who I was, or even where I came from. Not too long ago, I was living in a small town in Texas, counting the days until graduation, when this super hot guy showed up and changed everything. I know what you’re thinking; typical teenage girl gets all twisted up in the game over a guy and now she’s willing to drop everything for him.

You have to understand that Titus isn’t just some guy, and ours is more than just a case of puppy love. The first time I saw him, walking through the tall, brown Texas grass, the sun glinting off of that jet-black hair and those icy blue eyes of his, I knew that I would never be the same. Sure, he’s a scary shapes shifter with sharp teeth, claws and a very short temper. But, like me, the wolf in this story gets misunderstood all the time.

I mean, he only tried to eat me once. I set him straight though and now, well, I’m not going to tell you the whole story silly! Alicia’s already told it for me. All I can say is that this is not your mother’s fairy tale. This is nothing like something Disney ever told you.

This story is the truth.

And let's take a look at the book, and a peek inside: 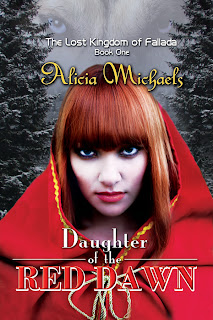 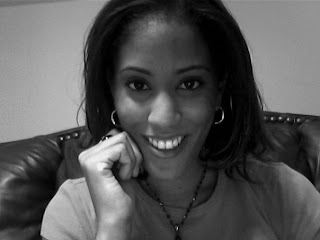 About the Author:
Alicia Michaels has always possessed a vivid imagination and strong ambition. At the age of 12 she decided that she wanted to be a writer, and promptly went about penning her first novel. Years later, she is releasing her first Young Adult Fantasy series based on the fairy tales as written by the Brothers Grimm.

When the Army wife and mother of two isn’t taking care of her home and family, she’s reading, writing, or arguing with the characters in her mind. She also enjoys cooking, movies, and music. Oh, and a good cup of coffee.
Social media and Web Links:
Website/blog: www.fantasybyalicia.com
Facebook: www.facebook.com/fantasybyalicia
Goodreads: www.goodreads.com/alicia_michaels
Twitter: https://twitter.com/fantasybyalicia
Email: fantasybyalicia@yahoo.com

You really left us hanging! Thanks for the great excerpt and review

DAUGHTER OF THE RED DAWN sounds really good. It has been a while since I read a good YA but this sounds like it will be very interesting. Thanks so much for the post, excerpt, & giveaway :)

This book sounds really great!! I love revamped fairy tales too! The excerpt has me wanting more! Thanks for the post and for the chance to win!

The book sounds interesting. Thanks for the excerpt and interview! Looking forward to reading "Daughter of the Red Dawn"