Giveaway, Read-Along, and Review of Owlet by: Emma Micheals

Welcome to this stop on Emma Micheal's Tour!  I am thrilled to have her!!  For those of you who are following along and, for those of you just joining us, do I have a treat for you!!  Let's take a look at the book details: 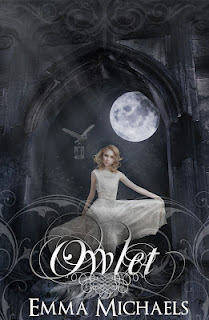 Owlet Summary
Somewhere between falling and flying… there is a girl.

Iris has a secret. She lost her memory eight years ago and never told a living soul. After an asthma attack one night she finds out that her dreams of a strange house on a snowy island may be a memory resurfacing but the more she learns about the past the more she realizes the life she has been living is a lie. As the façade her father has built starts to crumble around her she will have to decide which means more to her; the truth or her life.
Excerpt:
“I think we both need to do this. You should get to see the island and I need to face my fear. It isn’t like either of us has to swim there or anything.”

“I don’t know how to swim,” Iris said with a shrug, trying not to fall asleep again.

“I know. Don’t go into the water, because if anything happens I can’t swim to get you. So you have to promise me. Okay?”

“It isn’t like I have a death wish or anything! Do you have any idea how cold the water here is supposed to be? I used a search engine after you gave me the ticket. No one can swim across even if they wanted to.” Iris watched Diana’s face as relief swept over it, immediately replaced with a look of total confusion.

“You can find the island with that? Just from a ticket?” Diana turned and the trees that had surrounded them on the roads thinned as they broke through the woods and reached a beach.

“No, but you can find that one, and there were only three local islands on the map,” Iris said, pointing across the water to a large island in the distance. She was going to tell Diana about how hard it was for her to find the area and that she finally had to use satellite images to spot it, but she stopped when she looked across the water as the island came into view. 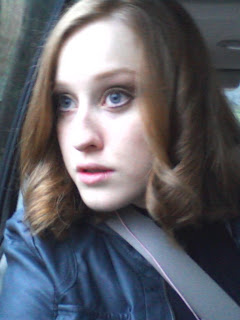 Emma Michaels' Bio:
Emma Michaels is the author of the ‘A Sense of Truth’ and ‘Society of Feathers’ series. Her goal with her latest YA novel 'Owlet' is to give others what she did not have growing up; a strong female protagonist with asthma. While her previous aspiration was to be a lady knight she realized that not being able to run more than a few feet might become a hindrance so turned to writing instead. Her day jobs include being a cover artist, marketing consultant and silk screen designer.

As the founder of The Writers Voice blog (http://OurBooksOurVoice.Blogspot.com) she loves to connect authors and readers. As a book blogger turned author, she was born and raised in Los Angeles, California, until she moved at eighteen to Washington State. Suddenly, the world was a new place filled with tall green trees that reached further for the sky with every moment, making her want to do the same. Ever since, she has tried to make her life something new and different from what it was before, pursuing her future career, setting high goals and reaching for them. With the support of her fiancé, Chihuahua, and her amazing blog followers and fellow bloggers, she wants to prove to the world that anything is possible and help inspire fellow literary lovers to reach for their dreams.

Tribute Books Twitter:
http://www.twitter.com/TributeBooks My Review:
This was a delightfully extraordinary read!!  I highly recommend to ALL paranormal Young Adult readers.  This was create, page-turning, and wonderfully descriptive.  This was my first experience with this author, put I assure you it won't be my last!!

Nikki, thanks for recommending 'Owlet' to all of the YA paranormal fans out there. I'm so glad you're looking forward to reading more from Emma. Please stay tuned for Books 2 and 3 :)

Sounds great, and what a pretty cover.

I am getting excited about this book and have high hopes. Thank you for sharing with us and participating in the tour :)

This book looks great! I love the cover and excerpt. Thank for the chance to win!
-Brooke Banks