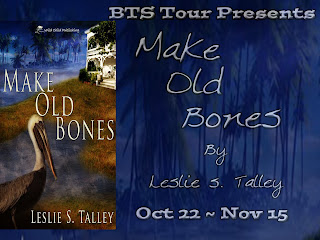 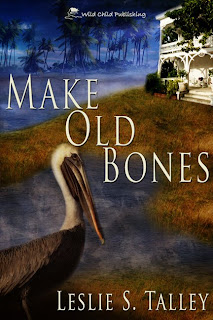 Fifteen-year-old Connie Kittredge disappears in 1953, presumed drowned, in Daytona Beach, Florida. Almost forty years later, her skeleton is discovered in the disused dumbwaiter of historic Belgrath House, situated on an island in the tidal Halifax River. The discovery coincides with the thirty-five year reunion of Connie's Class of '57.

Clarice and Otis Campion function as caretakers of
Belgrath, newly restored and opened as a B & B. Clarice, along with their permanent guest Miss Letty, ninety-year-old star of the silent screen, decides to investigate the mystery. Could the murderer be one of Connie's classmates, now respectable citizens? A rejected boy friend? A jealous girl? Connie, a sneaky child, loved the power of finding out secrets; perhaps she found one just too dangerous for her to live.

At a wake for Connie held at Belgrath House, someone collapses from iced tea laced with cherry laurel, proving that the murderer is still around - and dangerous. Complications cloud the picture in the form of suspicious bed and breakfasters, restoration society members, University of Florida freshmen...and a certain pelican. Clarice and Miss Letty re-double their efforts at sleuthing. The death of Connie Kittredge is tied directly to the history of the house, they learn. The house will ultimately reveal its secrets, but not before exposing Clarice to danger.

Inadvertently left behind during a forced evacuation due to Category Four Hurricane Aphrodite, Clarice finds herself confronting a killer - and a rising tidal surge.
My Review:
I have always enjoyed a good murder/mystery book, and this was a good read!!  It begins on the day surrounding the death of  Connie.  They were normal kids and had dared Connie to go into the Belgrath house and complete a task.  Connie had out-smarted the rest of the group and had prepared ahead of time to complete the dare.  Little did they know that Connie was no stranger to this house.  She had spent a lot of time meeting someone there in secret.  So she goes to hide, wait, and then scare the rest of the group when they come looking for her.  Little did she know that this would be her last adventure.  And only one other person knows what really happened to Connie, and they are making a special guest appearance at the class reunion.
The discovery of the body leads to a slue of questions and some startling discoveries.  But it seems the killer may not be finished.  As the mystery begins to unfold you are constantly surprised at the information that comes to light.  This was a really an entertaining read!  I highly recommend it for all mystery/ suspense lovers!!

Thanks for the review. I love mystery/suspense books. Going to add this one to my reading.
Sue b