First Kiss and Giveaway with Xavier Axelson and a Review of his Newest Paranormal...Lily

Good Morning CEWTNK!!!  I know your busy hopping around the fabulous blog hop my partner and I have put together but I have a special treat for you today!!  I have the wonderfully talented Xavier Axelson with me today!! * Happy Dance* I had the pleasure of hosting him the last time he toured and he agreed to come back to talk about his newest book Lily!! So here are the details of Lily before we get into Pryor and Ned's first kiss!! 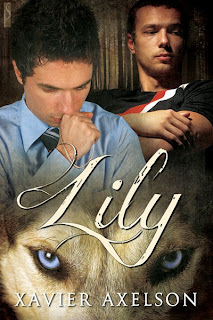 Now for the giveaway!!  For your chance to win your own copy just fill out the rafflecopter!!  Good Luck!!

Okay, this looks like another absolute MUST READ. I think I'm in love just from the excerpts. Definitely going on the TBR pile.

Thanks for the kind review! :)xoxox XA

This sounds like a great book. Can't wait to read it. Xavier, how many nooks have you written? Any more due out soon?

I have a print collection due out later this month and my 7th Novella is due next month.

This sounds like a great book...how many do you have planned for this series? Thx for the giveaway op!

This book sounds so good! Thank you for the giveaway opportunity!

Love the excerpt's! Now the question: Do you have many WIP or is it just one?

Hi! Its wonderful to meet you! Your book sounds great! What part in the story did you enjoy writing more? Thanks for sharing!
shadowluvs2read(at)gmail(dot)com

Nice and Slow by Usher! Oldie but goodie :)

When it comes to romance and erotica, I have no preference in wording so long as a good story is told.

Looks like a good one! Thanks for the sneak peek! searching4princecharming(at)gmail(dot)com

What a great sounding story! Xavier, do you like to incorporate real life scenarios with the supernatural forces to help explain life? Is it a way to make life seem a little more bearable?
thank you!
Mindy

Congrats on your newest Book, "Lily", the Blurb, Excerpt & Review all sounds Excellent & make this Book a MUST Read!!! I can't wait to read Ned & Pryor's Story.
I also Love your Cover Art, Very Alpha Sexy, Mysterious, those ice blue eyes of the wold just draw the Reader right in to want to read this Book!

How much research do you do when writing a book

WOW ... what a story ... my question is did you start out writing erotica or were your writing another genre first?

Hi, Xavier.
I can't wait to read your book. If I don't win it, I will be buying it right away!
I'm always curious about how writers get their ideas and decide hpw a story is going proceed. Do you write an outline or do you have an overall idea of the plot and just see where the characters take you?
Congrats on the book!
MJB
msmjb65 AT gmail DOT com