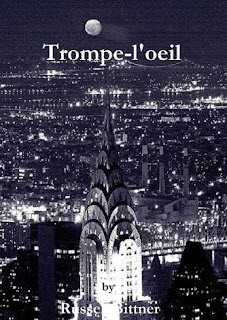 What gradually comes to light in the space of two continents and one return transatlantic flight is that, while love's bite may initially be sweet, the aftertaste may be exceedingly bitter--when not downright nauseating.
Show More
My Review:

This was a fascinating read.  It was erotically off the charts and gives you a taste of the darker side of passion.  I enjoyed this book even though many parts of it made me sad.  It also makes you reconsider some situations in your own past, and how you may view them differently now.  The full picture can be heartbreaking.  I'm glad, in the end, that I was able to review this book.  I look forward to reading more from this author.

Sounds like an interesting read! I will have to check it out! Thanks!
-Amber