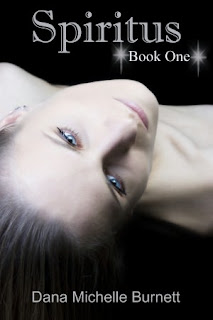 ﻿
A love that refuses to die…

When Becca moves into her ancestral home in Corydon, Indiana, her...moreA love that refuses to die…

When Becca moves into her ancestral home in Corydon, Indiana, her life takes a puzzling and thrilling turn when she meets the ghost haunting the halls. As the seductive spirit lures her closer and closer, she learns about her own past and starts to understand that some mistakes are meant to last.

Becca McAllister has always been different from other girls her age. Never part of the "in crowd", Becca never really fit in anywhere. When her mother dies and her father moves them to the small town of Corydon, Indiana, Becca didn't expect things to change.

But things do change when Becca accidentally makes contact with a one hundred and sixty year old ghost, Alastor Sinclair, that haunts the halls of her new home.

To Becca, Alastor is a seductive spirit that seems to see straight into her soul. To Alastor, Becca is what he was waited a century for--A second chance.

But the closer they get, the more Becca realizes that this isn't the first time she and Alastor have known each other. Worse still, is she the one responsible for his death so long ago? And if so, did he come back for love or revenge?
My Review
Becca had a pretty normal teen life.  Until the death of her mother.  Death always has a way of changing things.  Her dad decides that they need a fresh start, in house that wasn't constantly reminding them of the absence of the one they lost.  So, her dad buys the house that originally belonged to his family and moves them from a big city to a small town.  Extreme change of scenery, considering you could hear yourself thinking...literally.  Becca was afraid of starting all over again and of being the freakish new kid in a school full of people that have known each other all their lives. Surprisingly, her first day wasn't entirely awful and she had even managed to make some friends that were joining her tonight for a seance.  Becca wasn't entirely sure what was expected of her, but she longed to have a few friends here so she was determined to go through with it.  She would just let them lead the way.  They were some what destined for disappointment because nothing really exciting happened, except for the candle blowing itself out at the end.  But that was just a stray breeze, wasn't it?
Then the dreams began.  At least, Becca thought they were dreams.  I mean an incredibly gorgeous man just couldn't appear and disappear in your room while you were awake.  Right?  Things like that just didn't happen.  After a few nights of the dreams and a near death experience, Becca decides to research what exactly had happened at that house so many years ago.  What she found not only shocked her, but changed her life forever.
Alright I confess, I am a sucker about the thought of never-ending love.  What is Dracula's biggest appeal?  His never-ending search for the reincarnation of his love.  The fact that he choose to live a cursed existence until they could be reunited, waiting for the day when he could gaze upon her face, just once more.  So a love that survives the grave?  Beautiful.  Alastor has literally cheated death in order to wait for her.  But will it be enough in the end?  How can you love something you can never touch, never be physical with, never marry, or share a meal with?  But Becca knew that she was meant not only to be with him but that also he was the love of her life.  But as a senior in highschool, would just love prove to be enough?
I really feel for Becca in this book.  But it is so well written, you are constantly stabbed in the heart for many reasons.  You feel the lost love between the two and your heart aches for them. You watch them rekindle the passion from the past and your heart bleeds for them.  You see the struggles and obstacles in their path and your heart breaks for them.  I was completely enchanted by this first book and can't wait to read the rest of the series to see what happens next.  Can there be a happily ever after for a ghost and his reincarnated love?

Thanks for the review. They really do help me decide what books to read. I will have to get this one!
Mel
bournmelissa at hotmail dot com

this sounds like an interesting read- to love a spirit

I recently read this book and felt much the same as you. It was a very enjoyable and different read - just what I like a taste of something a little different :)