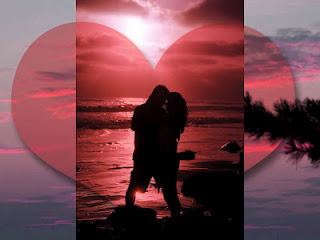 ﻿Good Morning CEWTNK!!  Are you ready to be swept off of your feet?  Well my guest today certainly has every intention of trying!!  Debra Anastasia is joining us today to share her first kiss between her lead roles in her newest book!  Before we take a peek, let's take a look at the book details: 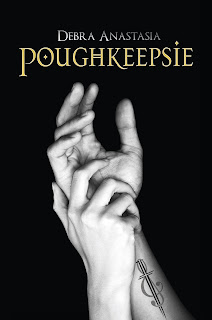 ﻿
Summary: He counts her smiles every day and night at the train station. And morning and evening, the beautiful commuter acknowledges him—just like she does everyone else on the platform. But Blake Hartt is not like the others . . . he’s homeless. Memories of a broken childhood have robbed him of peace and twisted delusions into his soul. He stays secluded from the sun, sure the world would run from him in the harsh light of day.
Each day, Livia McHugh smiles politely and acknowledges her fellow commuters as she waits for the train to the city. She dismisses this kindness as nothing special, just like her. She’s the same as a million other girls—certainly no one to be cherished. But special or not, she smiles every day, never imagining that someone would rely on the simple gesture as if it were air to breathe.
When the moment comes that Livia must do more than smile, without hesitation she steps into the fray to defend the homeless man. And she's surprised to discover an inexplicable connection with her new friend. After danger subsides, their smiles become conversation. Their words usher in a friendship, which awakens something in each of them. But it’s not long before their bond must prove its strength. Entanglements from the past challenge both their love and their lives.

In an interwoven tale of unlikely loves and relationships forged by fire, Debra Anastasia takes readers into the darkest corners of human existence, only to show them the radiant power of pure adoration and true sacrifice. Complicated families and confused souls find their way to light in this novel, which manages to be racy, profane, funny, and reverent all at once﻿
And now lets take a peek at that first kiss and the trailer:
First kisses are so much fun! Thanks to Nikki for arranging this awesome event. I had to share the first kiss from my book Poughkeepsie with you. To set the scene, Livia and Blake are having a breakfast picnic at the train station. They’ve been friends for a few months, but this conversation changes everything for them:
*&*&*&*&*&*&*&*&*&*&*&*&*&*&*&*&*
Blake smiled at her, finally. “Have you ever seen a shooting star, Livia?”
She nodded, perplexed at the change in conversation.
“It’s very beautiful, right?” He nodded with her this time. “It makes you wonder—is that shooting star just a happy accident or has the universe had it planned for a thousand years?” He tilted his face to the sky, his eyes tracking an imaginary star as it screamed to earth. He looked back to her. “Either way, you can’t stop it. You can beg it to slow down or you can just enjoy the show.”
“Am I the star in this story or you?”
Blake wrinkled his nose and chuckled. “Was that a bad analogy? I meant we’re the star, Livia. Us. This.” He shrugged his shoulders like it was the most obvious thing in the world. “Us being in the same atmosphere is either a great cosmic catastrophe or the most serendipitous rendezvous.” Blake pronounced the French word like a closeted foreign language teacher.
The pull toward him came from her center. Her eyes never left his face as she moved to her hands and knees. She crawled slowly over the blanket, the breakfast, his legs, until her hands rested on either side of his hips. His smile lifted only on one side. He took care to stay very still, but his mouth opened slightly as she approached. This close to Blake she could smell him. Fresh, sweet fall leaves and mint.
He smelled like a dedicated lover of Mother Earth. The mint was his breath. It wasn’t a manufactured toothpaste, but a marvelous herb scent. Livia had never wanted anything more than to taste his lips right then.
“Would you mind very much if I kissed you?” she whispered.
Blake shook his head.
Livia leaned in and took a gentle kiss. His lips were soft, and they tasted perfect. The smell of his skin combined with that wonderful taste almost made her collapse.
Blake steadied her by placing his hand against her chest. His splayed fingers must have felt how fast her heart was beating. Livia pulled back just a bit to see his eyes again. They were half closed and shimmering.
It was his turn to whisper. “Would you mind very much if I kissed you?”
She shook her head and waited, very still. Blake lifted his other hand to touch her face. Livia had to work not to press her skin into his fingers. His touch was light as a breeze. He traced the features of her face. He trailed his fingers down to her throat and up to her earlobe. He’s so gentle.
As soon as the thought flashed through Livia’s mind, Blake grabbed a fistful of her hair, yanking it enough to make her gasp. Then he kissed the living hell out of her.
Oh, oh, OH. Livia felt her arms begin to shake, and Blake took more of her weight onto his forearm. She’d had no idea kissing was an art form. She knew now. Blake had to be the one to end the kiss.
The train. Right. Crap.
Livia had forgotten they weren’t alone. She tried to ignore the tremors in her hands as she cleaned up his smooshed breakfast.
“I’m so sorry I kneeled on your food.” She tried to put it back together.
“Don’t worry,” he said. “I’m all good right now.” And he was. He looked delighted and kept licking his lips, much to Livia’s distraction. “May I take your cooler and blanket for you again?” He held out his hand.
“Please. Thank you very much,” she replied.
Livia needed to go further onto the platform to catch the train, but a set of handcuffs seemed to bind her wrist to Blake’s. He noticed her reluctance and motioned for her to enter his shade again. He bent at the waist and lifted her hand to his lips. Before he released her hand, he looked out at her from his under his eyelashes.
“Have a wonderful day, Livia. I vote for serendipitous rendezvous.”
&*&*&*&*&*&*&*&*&*&*&*&*&*&*&*&
Give a Copy of Poughkeepsie a Home:
Poughkeepsie in eBook, ePack, and Print: Omnific Publishing

Poughkeepsie in Nook and Print Barnes and Noble B&N

What a sweet first kiss! Thanks for sharing, i love the sound of this book!

Thanks for dropping by Lexi!