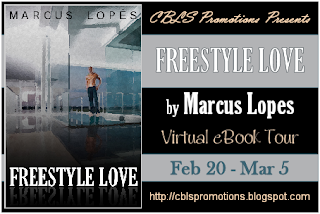 Welcome to the latest stop on Marcus Lopes' virtual ebook tour with Freestyle love.  Marcus is posting today about the importance of keeping a routine.  His unusual style seems to make being an author a 9-5 job.  He is also going to share with us an excerpt from his newest release.  Let's take a look at A typical day in the life of Marcus Lopes!!  Take it away Marcus:

A Day in the Life
As a multidisciplinary artist, I thrive on routine. It helps me to stay focused, create a sense of order. And order is important to me as I am trying — sometimes successfully, sometimes not — to juggle my writing, painting and music.
I am a morning person. One a good day, I’m jumping into the shower by six-fifteen, and by seven I’m making my may to Le Tassé, my neighbourhood coffee shop. Sam, the owner of the café, prepares my usual Tonnerre (a shot of espresso topped up with the café’s house blend) and then I settle in to write my Morning Pages. With my second cup of java in hand, I read for a bit (right now I’m reading Margaret Thatcher’s Statecraft: Strategies for a Changing World). Once I’ve finished my coffee, I settle up with Sam and head home.
At home I sit down at my desk and write. These days, working on another novel, I’m committed to writing 1,000 words a day. It’s a doable quota that has helped me to move this project forward, especially on days when it feels like I’m writing uphill. Even if I don’t feel inspired or look for things to distract me, I write my 1,000 words because it is enough to prime the pump, to get the wheels rolling. Often enough, I surpass my daily quota.
With my daily writing quota met, I get changed and go for a run. I try to run daily, anywhere between 40 minutes to an hour. I’ve been running since February 2008, when I felt embarrassed by my weight gain and was compelled to do something about it. Three half-marathons and several other shorter races under my belt, I run now to stay active and in-shape. Running is also a form of meditation for me, allowing me to disconnect from myself and the world.
Returning from my run, I cool down, check my e-mail, catch up on the news online, get gleaned up, have lunch and then get back to work. I spend part of the afternoon in my studio painting, and then return to my office to write some more. A quick break to walk back to Le Tassé for my afternoon Americano, I head back home and put in at least an hour at the piano.
When I get up from the piano, my “official” workday is now complete, and I like nothing better than to end my day by preparing myself a nice meal. Cooking is another creative outlet for me where I can be daring and bold. Sometimes in the evening I will write a little more, but nowadays I reserve at least 30 minutes to read the list of books I said I never had time to read. The evenings are also a time to make phone calls to my friends spread out across the country, catch up on their lives.

There always flexibility in my daily routine. There has to be. Sometimes I have to fit in a visit to my doctor or an appointment at the car dealership, or I take a break and go to the cinema. But through it all, what remains constant is my writing time — my Morning Pages and my 1,000-word quota. They are non-negotiable. And about routine, I like how William Golding put it: “Novelists do not write as birds sing, by the push of nature. It is part of the job that there should be much routine and some daily stuff on the level of carpentry.” 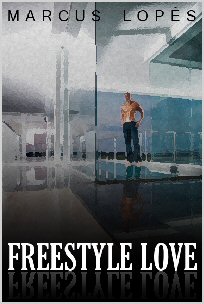 When it comes to one-night stands, Malachi Bishop has “rules”. No pillow talk. No sleeping over. No planning a future hook-up. First names only. It’s just sex, not a prelude to love. But when Cole Malcolm, a smooth-talking management consultant, woos Malachi into bed, the rulebook is tossed out the window.
The one-time fling leaves Cole reeling: Malachi is his first real shot at happiness, his “forever” man, and he’s determined to show Malachi just how good they could be together. But Malachi doesn’t believe in happily-ever-after, and dodges Cole’s play for his heart. After all, Malachi is still mourning the loss of Taylor Blanchard, whom he hoped to love forever. Then there’s Zach Brennan, a handsome twenty-five-year-old and student at the college where Malachi teaches. Falling for Zach could destroy everything he’s worked for, but Malachi can’t help himself.

Caught by love and in its betrayal, it’s a later affair with a beautiful stranger that changes Malachi’s life most dramatically. Now Malachi must confront his present and his past that bring into question the larger fantasies of home and his place in the world.

Excerpt:
As Cole Malcolm asked the server for his bill, Malachi Bishop was across town, alone in his condo, pouring himself a stiff drink. Malachi picked up the crystal tumbler and moved into the living room, standing in front of the floor-to-ceiling windows and watching as the dark storm clouds edged their way eastward, dulling the bright sky. His unit, located just below the penthouse level, offered a view of the west side of Claredon, including the college. And Malachi was right, as he had explained to Shane Martin, that on a clear day he could see to Chemong Lake.
Malachi sat down on the worn brown leather sofa and stared blankly at the TV. Am I unreal? Malachi lifted his glass to his mouth and held it there. Tuesdays, when he taught three of his four classes, left him drained. Today he was exhausted. Malachi’s day started off with the advanced writing workshop, and Zach Brennan had not shown up again. Malachi had taught the ninety-minute English literature course that started right after the lunch break pausing often, as if he were unable to weave together, and hold, a train of thought. One of his students asked if he was okay, to which he replied, “I’m fine,” with great defence, and then dismissed the class — forty minutes early. When all of the students had left the classroom, Malachi sat down at his desk and wrote out a notice cancelling the creative writing class he was to teach later that afternoon. He posted the notice to his classroom door and then made for home.
Beyond the usually long day of teaching, beyond the ordinariness of his life, Malachi was caught up in the paralyzing, awful, blackly saddening events of the day. In the aftermath of the day’s events, his perception of his life in Claredon had shifted, seen now as imaginary and formless, indeed a fabrication. There remained a contradiction because he knew that there was an inescapable realness to Claredon where he had, over the past five years, carved out a home. And in that realness there was Zach Brennan.
Despite their newfound intimacy, despite having succumbed to desire, Zach was still very much a question mark in Malachi’s life, a dark shade of grey that settled heavily over Malachi’s heart. Malachi felt both joy and sadness as he thought about the day he had gone over to Zach’s apartment — how happy he had felt to finally hold Zach in his arms. And then relief when Zach led him into the bedroom, closing the door immediately as if to lock out the rest of the world. They stood next to the bed, the duvet and sheets scrunched up near the footboard, smiling sheepishly, until Zach lunged at Malachi. They kissed, tongues darting — a great collision that could not be put off any longer, like the sudden ascent to heaven. Zach, with his eyes wide open, wrapped his arms loosely around Malachi’s waist. As the kiss progressed, Zach ran his hands over Malachi’s round firm buttocks, and then Zach pulled Malachi closer to him. It was hard to say who had let out the little moan without releasing the kiss as Malachi grabbed at Zach’s hard penis encased in his sweat pants.
Malachi, with his other hand, stroked Zach’s thick hair, at times clutching at it with a roughness that Zach seemed to enjoy. Malachi then placed his hands on Zach’s shoulders and shoved him down onto the bed.
Zach looked with submission up at Malachi, and Malachi smiled mischievously at Zach. Zach, fumbling to unbuckle Malachi’s belt, kept his gaze on Malachi and, with similar difficulty, Zach unbuttoned Malachi’s jeans. Zach violently pulled down on Malachi’s jeans and underwear. Zach smiled and mumbled, “Oh, fuck, yeah.” Zach then opened his mouth wide and swallowed Malachi’s hard and rigid erection.
Malachi closed his eyes as Zach worked on him steadily.
Zach, held in his own erotic trance, reached inside his sweat pants to stroke his own cock and could feel the precome seeping out and wetting his underwear. Zach’s head slid back and forth along Malachi’s slender manhood in time to the almost inaudible ticking of the clock on the nightstand, gradually picking up speed each time Malachi grunted, “Oh, yeah…”
As Malachi pulled out, Zach looked up to see that Malachi was still smiling insouciantly at him, with compassion, but it also seemed like pity.
Malachi stepped out of his jeans and underwear bunched at his feet, lowered himself to his knees, and stroked the head of Zach’s beautiful cock that was poking out the top of Zach’s sweat pants. Malachi kissed the pink mushroom head before pushing Zack onto his back, which made it easier for Malachi to pull the sweat pants past Zach’s hips. They took off the rest of their clothes, eyeing each other all the while to take in the completeness of their nakedness. Zach stretched out completely on the bed and Malachi lay down on top of Zach, and they kissed again, deep and long. Suddenly, the whole world was before them, draped in the majesty of possibility, and them wrapped up in it, unstoppable.
Afterwards they lay there, tangled up in each other, unwilling to let go fearing they would somehow be disentangled, cut off from each other— recognize the horror of what they had done. Malachi pushed back the hair from Zach’s low brow and kissed Zach’s forehead. Malachi looked intently at Zach and said pertly, “This is very real to me.” 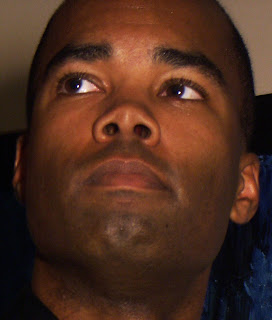 ABOUT THE AUTHOR:
Marcus Lopés is originally from Lower Sackville, . His writing has appeared in Canadian and international literary magazines. Freestyle Love is his first novel. A novelist, essayist, poet, painter and singer-songwriter, Lopés lives in , Québec.
Website: http://www.marcuslopes.ca
Email: marcus@marcuslopes.ca

What an amazing sounding book!!  Thanks so much for making CEWTNK a tour stop!!  To continue to follow the tour click here: http://cblspromotions.blogspot.com/2012/02/vbt-freestyle-love-by-marcus-lopes.html