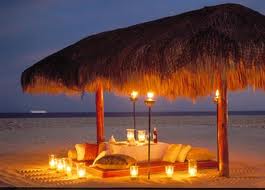 Gotta love the Beach!! LOL..I have Jaye Frances here with me and as we sip on some Mai Tia's under this beautiful canopy near the water, we are discussing her latest and greatest.  But I'll let Jaye fill you in on the details :)  I'm going to relax and enjoy my drink and pray I don't have to play firefighter if our grass lean-to gets too close to the candles...lol...Take it away Jaye:

Thank you, Nikki, for hosting me today on Close Encounters of the Night Kind with my newly released sci-fi fantasy, The Beach.

Always a pleasure to have you here Jaye!!

I have the opportunity to meet lots of new people in my travels. And I’m always appreciative of the chance to learn and explore new ideas, perspectives, and opinions—especially from those who may at first seem to be a bit different, even eccentric.

In fact, many of those encounters turn out to be quite serendipitous.


So when I began to develop Alan, the main character in The Beach, I created him with a bit of a contentious personality, allowing him to express controversial viewpoints and politically incorrect attitudes without hesitation. And while I certainly wouldn’t want him as a neighbor, his character made him the ideal protagonist to experience the irony and paradox of getting exactly what you wish for.


In the following excerpt from The Beach, Alan is at home in his beachside bungalow, examining an unusual oddity that he found on the shore. Little does he know that he is about to have one of those fateful encounters in the form of a stranger who offers to turn Alan’s deepest desire into reality.


Alan picked it up carefully and brought it close to one eye, peering into the elaborate maze of cavities and compartments.

“There is nothing inside.” The voice was deep and sure and it came from behind.


Surprised, Alan twisted around on one foot, dropping the honeycombed remains of his juju bottle. It bounced off the floor and flipped up on one end, apparently able to right itself under its own power.

“There was, though not any longer,” the intruder added. “What was once there is now here, standing before you.”

Alan’s first thought was that he’d caught one of the kids from the beach slipping into the house, probably trying to steal something. But this was no kid. And while he knew most of the local panhandlers, this guy didn’t resemble any of them.


“What are you doing in my house?” Alan barked. “You can’t just come in here and sneak up on me like that.”


The stranger’s mouth broadened into a wide smile. “Oh, I beg to differ. I can do exactly that. Actually, there is very little I cannot do.”


His accent was dripping with a British lilt. Maybe Australian. His clothes—neatly-pressed khakis, a pale blue button-down shirt, and brown calfskin loafers—were yuppie-casual yet tailored to precisely fit his six-foot frame. His grooming was impeccable, with neatly trimmed sandy-blonde hair, a clean shave, and movie star teeth. Alan estimated the man to be about thirty-five.


“You need to get out of here before I call the cops. You hear me?”


“Why certainly I hear you. Although it’s a wonder I can still hear anything with all that racket going on. I assumed I was being summoned to a situation of utmost urgency, so I came as quickly as the ether would allow.”


Alan shrugged his shoulders, his rising irritation pushing him closer to picking up the phone and calling the sheriff.

“The ether seals,” the intruder said. “The inscribed stonework that allows my coming and going. The helix is always in motion, sometimes offering the risk and reward of opportunity, other times simply foretelling an unchangeable future.”

Alan knew that some of the “artistic” types occasionally wandered up from as far south as Key West, and a few of them could be eccentric as hell. He decided his best approach was to stay calm and try to get this guy out of his house before he could do any real damage.


“You’re not from around here, are you?”

“Oh, contraire,” the stranger answered. “I am from here . . . and there. In fact, I cannot think of a single place I haven’t been. Places on and off this little sphere on which you live.” He paused, his expression frozen in a flash of blank absence, as if in that fleeting instant he was somewhere else, distracted by another conversation. Then in a moment too short to measure, his attention returned, his features fully animated. “And I suppose you still call this part of your planet, oh, let me see, what was that word?” He pronounced it phonetically, in broken syllables. “Ah . . . mare . . . eee . . . ka.”


Alan nodded slightly in placation. “So what do you want?” It sounded demanding, and Alan immediately changed his tone, concerned the strange man might be harboring violent tendencies. “I mean, how can I help you?”


“I don’t think you can. That is, I’ve never received help from anyone before. Never needed it. I appreciate the offer. Certainly do. I’m going to take note of it. Make sure you get full credit during the . . . negotiations.” 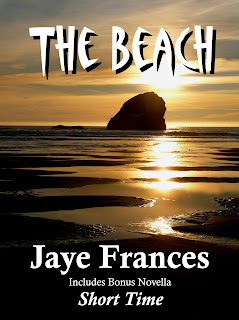 
Alan loves the beach. More than a weekend respite, it is his home, his refuge, his sanctuary. And for most of the year, he strolls the sand in blissful solitude, letting nature—and no one else—touch him. But spring has given way to summer, and soon, the annual invasion of vacationers and tourists will subdivide the beach with blankets, umbrellas, and chairs, depriving Alan of his privacy and seclusion—the fundamental touchstones of his life.


Resigned to endure another seasonal onslaught of beach-goers, Alan believes there is nothing he can do but prepare for the worst.  But fate has other plans.


Delivered to him on the crest of a rogue wave, the strange object appears to have no purpose, no practical use—until Alan accidentally discovers what waits inside. Now he must attempt to unravel an ageless mystery, unaware that the final outcome will change his life, and the beach, forever.


In the companion novella Short Time, you’ll meet a respectable but bored middle-class executive, who exchanges his future for six months of excess and extravagance, only to find out the price he must pay for his hedonistic indulgence is beyond anything he could have imagined. 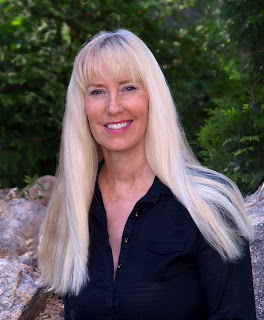 Author Bio:  Jaye Frances is the author of The Kure, a paranormal-occult romance novel, The Possibilities of Amy, a coming-of-age romance, The Cruise-All That Glitters, a humorous adult satire about love on the high seas, and The Beach, a sci-fi fantasy about a man who is given the opportunity to receive his ultimate wish—and lives to regret it. She is also a featured columnist for the NUSA SUN magazine. Born in the Midwest, Jaye readily admits that her life’s destination has been the result of an open mind and a curiosity about all things irreverent. When she’s not consumed by her writing, Jaye enjoys cooking, traveling to all places tropical and “beachy” and taking pictures—lots of pictures—many of which find their way to her website. Jaye lives on the central gulf coast of Florida, sharing her home with one husband, six computers, four cameras, and several hundred pairs of shoes. For more information, visit Jaye’s website at www.jayefrances.com, or Jaye’s Blog at http://blog.jayefrances.com

The Beach  is available now in kindle eBook on Amazon at a reduced Introductory Release Price of $0.99 until September 15, 2012:

A park on the shore of Lake Michigan