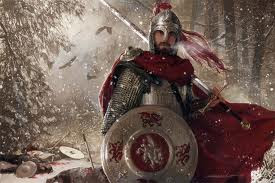 I've always loved tales spun off from different types of mythology and of course Camelot!  Shannan has put an unique spin in these tales.  Let's take a look at her inspiration:


A Twist on a Legendary Tale
If someone told me I would be writing a series of novellas on the Arthurian legend I would tell them they were crazy. How can one compete with Marion Zimmer Bradley’s The Mist of Avalon?
Well, you can’t. Plan and simple. So I decided to take a different direction on this wonderful tale and concentrate on the title by T.H. White, The Once and Future King. What if Arthur is reincarnated in this timeline and unites all of his Knights to fight his nemesis Mordred? The possibilities are endless plus, I haven’t seen any stories about the legend in modern times. I also haven’t seen a buff Merlin in his prime! For me that would be worth reading.
I think the first line says it all about this series:
King Arthur and his knights are back and ready to kick ass!
What originally started out as a book on Frankenstein called Beloved Monster transformed into a tale of magic, action and of course love. I hope you enjoy reading these stories as much as I had writing them.
Shannan Albright
Now Let's take a look at both books: 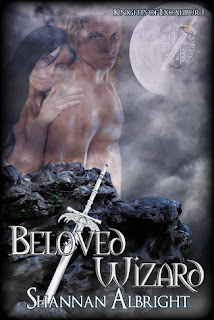 Merci Tramaine is not happy to be called back into service by her old boss Arthur, especially when she is charged to find her missing ex-lover. Drake Monroe is Merlin reincarnated. With his powers bound by the Goddess Nimue, he has become a skilled fighter, but is no match for Nimue who kidnapped him, determined to destroy him forever.

The bloodline of Morgan Le Fey taints Merci, keeping her on the edge between light and dark. The goddess’s wicked trap springs shut, leaving both Drake and Merci racing against the clock. Passions ignite once again, but are they too late to plan a future or will they be torn from each other?
This time for eternity 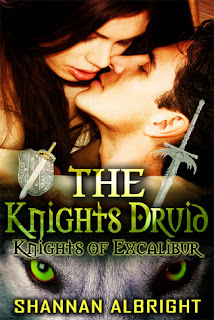 What’s worse than a pissed off Knight? Colin Hennessy.
A war is brewing which suits Colin just fine. Shape shifter, Knight and quick tempered Irishman is a volatile combination. Colin remembers vividly his past life as Sir Kay and with it all that he loved and lost.
Juliet Boyd moves among societies rich and pampered, but she holds within her a terrible secret. One Vance Hollister is determined to exploit. Mordred is back in a new skin. Evil has a new name and Vance Hollister plans on bringing the war onto a new battlefield.
Colin and Juliet are unprepared for the flare of attraction that ignites between them from across a moonlit parking lot. Dare she open herself and expose her cursed gift? Can he save Juliet from Vance’s twisted manipulations? Or will he lose his second chance at love? A showdown between good and evil is coming to a head with Juliet and Colin right in the middle.

This is a great series!!  So would you like a chance to win both books?  Of course you would!!  Just fill out the rafflecopter!!  Good Luck
a Rafflecopter giveaway

I'd definitely say Pirate/Abductee although there is the evil wizard and the innocent alchemy student :P

My fav is where my husand is a vampire & I`m his sex slave.


Ooooh, I live both the Slave-Master and the Pirate.

An empty bed and a good nights sleep. LOL

hmm how about all them:)
the highlander one i think would be sexy as hell.
great giveaway:) thank you for the chance

I love the night and damsel in distress fantasy. Thanks for the giveaway. Tore923@aol.com

Give me a highlander any day ;)

I guess I'm an odd one. I don't have fantasies of that sort.

Its hard to pick one I will say highlander! This sounds like a great book thanks for the great giveaway!

It would have to be slave/master. The whole shebang. It would only be with someone I completely trusted though.

I like the rock star fantasy considering I can borrow scenes from some of the good books I have recently read. sdylion(at)gmail(dot)com

Like Lisa I don't have fantasies like those - mind you I'm not admitting what kind I do have (they do involve shape shifting dragons though ;)).

The knight/damsel in distress fantasy!

I am all over the highlander idea :O) Carin

I am very intruiged by this highlander fantasy Will be looking into this one :)

It's a toss up between Master/slave and Pirate/abductee. They both can have so many things to play out and it can be lots of fun.
luvfuzzzeeefaces at yahoo dot com

I am very interesting with Highland scott!! But, i wanna vampire to,....aghh!!!

i like pirate/abductee...pirate always make my heart's race :p
but only a good and handsome pirate ...*lol*