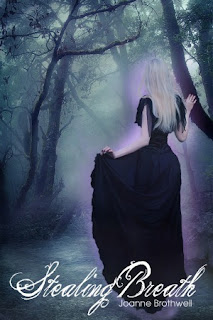 Deep in the backwoods of North Dakota, twenty-one year old Sarah Ross is searching for a missing child when she is attacked by a glowing-eyed, transparent... creature. Sarah survives, destroying the monster by using mysterious abilities she didn't even know she had. Bloody and bruised, Sarah flees the scene and runs directly into Evan Valente, a handsome, charismatic stranger who helps her back to safety. But what is Evan doing out in the forest at five in the morning? Turning to a healer, Sarah is shocked to learn her eyes bear the mark of the Indigo Child-an evolved human with the ability to feel the emotions of others. But her indigo aura also makes her an easy target for those who wish to consume her powerful essence. Soon, Sarah is falling deeply in love with Evan and wants nothing more than to follow her heart and trust that he is the man he says he is. But she can't ignore the lingering feeling that Evan is hiding a terrible secret. The deeper she digs, the more danger she faces, leading her on a course that will force her to face the darkest, innermost parts of her soul.

A simply amazing read!!  I've always enjoyed the various twists on the SkinWalker mythology and this delightful twist is well worth checking out!  Some cultures believe they were good, healers even, while others believe that SkinWalkers were nothing but devils.  In this book, it goes into details about two different races of SkinWalkers, one being good and one being soul-stealer's.

Sarah has always been different. She has the ability to sense emotions, even when they were not her own.  This has both worked in her favor and against considering she can feel someones intense pain or terror.  But Sarah has an encounter with a nasty bile-eyed monster that she couldn't shake. It was then that her surrogate mother steed in and explained to her what was going on and all about SkinWalkers.

This was a delightful tale!!  I thoroughly enjoyed the characters and the unique mythology behind it!  It wa extremely well written and will not allow you to put it sown because it sucks you in!!  This was an excellent read!!