Let’s party!  Break out the champagne, tux and gowns.  Don’t forget the Waterford crystal and Royal Doulton china.  Sit down, relax.  And we’ll serve you scallops in white wine sauce, Steak au Poivre, asparagus and new potatoes.  Then we’ll enjoy chocolate mousse for dessert.  Stay around for the cheese and Carr’s biscuits with a nice camembert and port.


My first book in print is released from Double Dragon Publishing, Inc. 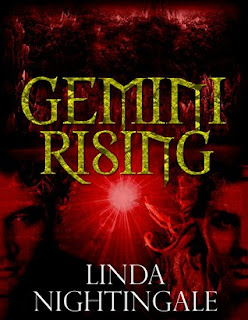 Gemini Rising is a dark fantasy novel (with deep psychological undertones) about identical male/female twins—a biological impossibility.  And so thinks the medical community when these miraculous babies are born.  They are identical with only the slight differences that define male from female.  If you liked VC Andrews, you might fall in love with Alain and Alina, struggling to find their own identity and the meaning of their existence.


Alain tucked the in-flight magazine into the seat pocket and gazed out the scratched window of the 747.  Distance vanished on clouds fleeing beneath the silver wings, carrying him from a dark-eyed beauty to a fair-haired princess locked in an island castle.  From one life in the sun to a score of problems.


Someone was going to get hurt.
Already he hurt—a low throbbing like a toothache.  If he returned to Portugal, Alina would be devastated.  His father would disown him.  If he picked up his discarded heritage, a part of him would die and Maritza would grieve.  For a time.  He wasn’t vain enough to think the black-haired beauty would die without him.


The choice lay in his hands.


Damn life got complicated when he tried to declare independence from The Keep.  He shifted his long legs cramped beneath the airline seat.  He preferred not to think, but fragments of memory plagued the corners of his eyes.
A vivid picture of Alina supplanted images of recent days drenched white-hot by a Portuguese sun.  His twin’s presence was more corporeal than the woman sitting to his left.  Welcome or not, Alina was there inside him, the mere thought of her a compulsion.  He sensed her anticipation mounting as the miles melted.  Excitement tingled over him.  In self defense, he grasped at a memory of riding the splendid Lusitano stallions.  As he pictured Maritza framed in an arbor of roses, his heart dived. 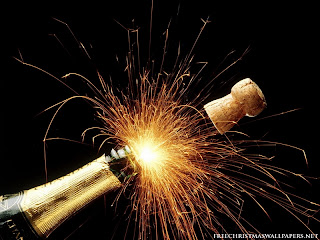 So what are we giving away to celebrate this event?  Let's take a look at the prizes!!

So what can you do to enter?   Just fill out the rafflecopter!!!  Good Luck!!!
a Rafflecopter giveaway

The idea of the book is so amazing. How did you come up with this uniquie concept? It makes me want to read the story and find out what happens. sdylion(at)gmail(dot)com

Wow, this is a completely new concept I would never have thought of and look forward to reading this story!

What inspires you to write?
Your post shows this is your first book in print. What are your plans for future stories?

Thank you for the post! (I originally clicked on this post because I am a Gemini)
it makes me curious about what these twins look like: do they both have masculine, or feminine faces? or do they look androgynous?

This definitely has me intrigued. Do you know if this book will be a stand alone or part of a series?

SdyLion, This story is different from any I've ever written. I don't even have siblings! But Alain and Alina woke me up early one Sunday morning to tell their story.

Mary Lynn, I'm a panster when it comes to writing. I let my characters tell me the story. It plays like a movie in my head. I have two more books (both paranormal romance--vampires) due for release from Double Dragon next year. Thanks for dropping by!

Lillian, I'm glad you asked what Alain and Alina look like. They are a bit androgynous, but he looks masculine and she feminine. I imagined them with long very pale blond hair and tawny eyes. Do you know who Alucard is? I thought of Alain more or less like him. He's a character in the video game Castlevania (the old one).

Vadeluna, At the moment Gemini Rising is a stand alone, but my editor asked me to write a sequel. At the moment, I'm writing the sequel to my vampire paranormal Sinners' Opera, due out next year. Thanks for visiting out party!

Linda, congrats on your first Print. :) Such a unique and intriguing story. Looking forward to reading the print. Thank you for the post and giveaway.
Carol L.
Lucky4750 (at) aol (dot) com

Thanks Carol! Alain and Alina are 2 of my favorite characters. Their story is different but I hope enjoyable!

Thank you for the giveaway and I was wondering when you get your book idea do you pretty much know what is going to happen from beginning to end or do you get a spark of an idea and work through the plot as you write?

Hi did you get the idea for these characters from V C Andrews?

What genre would you call this book? Romantic Sci Fi?

Linda, Your book sounds very interesting. Are there other characters that may act as love interests? This book is one I don't want to miss.
stephelaine at gmail dot com

Thank you so much for the giveaway.

I was wondering, How do you come up with your Characters?

Will this be a series? It is definitely a book I can dive into and lose myself in.

Bboo, I have a current WIP. I know the story, but I'm having to let the characters tell it. That's mostly how I write.

Theresa, I didn't really get the idea for the characters from V.C. Andrews. I meant to say that if you liked Andrews' Flowers in the Attic, you might enjoy Gemini rising.

Theresa, I didn't really get the idea for the characters from V.C. Andrews. I meant to say that if you liked Andrews' Flowers in the Attic, you might enjoy Gemini rising.

MCV, Gemini Rising is a dark fantasy. The publisher has it under fantasy/sci-fi. Thanks for visiting!

Stephanie, Yes, there is Rory, Alain's friend and Alina's husband. Alain has several. :-)

Lauren, I don't have any plans for a sequel, but who knows when the characters will start talking and I have to write a sequel!

I just want to know, was this the genre that you had always planned on writing? Did you think that you were going to be an author one day?

Thank you for taking the time out of your Busy day to spend with Nikki's Blog Fans & sharing about your new release "Gemini Rising".

Your new Book sounds like such an Intensely Unique & Imaginatively Riveting Read that will take the Reader on a Dark-Edged Thrilling Ride...& I'm ready to Hold On until the lasy page is turned!!!

Linda, Is there a Genre that you haven't written yet, that you'd like to explore your creative mind in writing?

Do you write everyday? How do you find the strength of will to sit down and struggle with the muse?

Your book sounds amazing .What do you do to relax and get in the mindframe to write ?Thank you for sharing with us I realy enjoyed the excerpt and look forward to reading Gemini Rising.

PaParnormal. I am delighted to meet everyone!! I write mostly dark fantasy and paranormal romance. I tried my hand at a contemporary romance called Gamblers' Choice about the horsey crowd who do eventing. I bred and showed Andalusian horses for years, so I'm familiar with that turf. But, as I said, mostly about the otherworldly. Vampires, fallen angels.

Renee, I wish I wrote everyday but I am a leghal assistant at a cancer hospital and I don't get to write everyday. Soon!!! Struggle with my muse is the exact phrase for my current WIP!

Wanda, I relax very little but to kick my Muse into high gear I like scented candles and listening to my piano--it has a self player.

This book sounds great! So Linda, how much research did you have to do for this book?

Great interview and lots of great questions. What are some things you like to do in your free time?

What excites YOU most about this book?

WOW!! Absolutely wonderful. I wondered how do you decide what will be a stand alone or part of a series?

Congrats Linda!!!!!
*tossing confetti* What was your inspiration for Night Before Doomsday?
luvfuzzzeeefaces at yahoo dot com

Congratulations and GL with your release! I am eager to read it!!

Congrats on the release! Sounds good!
Have you always wanted to be an author?

Congrats on your release! It sounds so good!! Which part of the story did you enjoy writing the most?

Love the excerpt choice. Thanks for the giveaway.
My question is, do you have any writing rituals?

Mel, free time? What's that? When I do cut myself some slack, I read, shop, hit happy hour with friends or watch movies. I'm too high energy to sit unless I'm writing.

Mel, thanks for asking. I had several parts of this novel that excited me, but I think the top of them would be explaining the temptations in the novel at the end and trying to weave clues into the narrative.

Dhrystina,yes, even though I wanted to be a master horsewoman, the desire to write simmered beneath the surface.

Shadow--whicb part did I enjoy writing most??? All of them! No, probably most the revealing.

Oh Becky, wish I had a routine. My rituals come upon me in the middle of the night or early morning. Gemini Rising woke me up early after a late night on South Beach on a Sunday, screaming in my ear!

Thank you for sharing with us. This certainly looks like an intriguing story and I am curious to read how it plays out. What do to do to celebrate the completion of a project like this once the story is complete, the edits are done, and it is ready for release? or do you just take a moment to breathe and put your feet up before starting the next project?

Denise, I take a deep breath, watch a movie or whirlpool bath with a glass of wine, then decide what I want to "live" next in my characters' heads. When the book is released it is champagne time!

Love the excerpt...very interesting and fresh! Congrats to you!
My question is, who is the first person you call/tell when you've finished your book?

I'm looking forward to reading this. What music do you listen to while writing?

Hi Rachel, I'm glad you liked the excerpt. Who do I call? Everyone in my contacts list! Seriously, I call either my friend Toni Sweeney and/or Mary Marvella, both writers, to say that I've survived writing another novel.

Thanks for stopping by Dusty. I hope you enjoy Gemini Rising. The story and characters woke me up early one morning and insisted I tell their story. I listen to classical most of the time, particularly piano. I have ecclectic music tastes from country through the spectrum. At the moment, I'm listening to Rod Stewart.