Giveaway and Review of Dreaming Montana By Kim Nathan 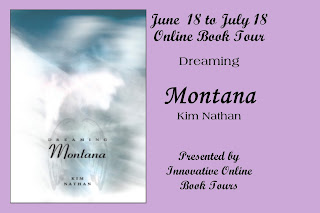 Hello and Welcome to my stop on Kim's tour of Dreaming Montana!  I had the privilege to review this delightful book, and will be sharing my thoughts on it in a bit.  Let's take a look at the book details and a little bit about our featured author: 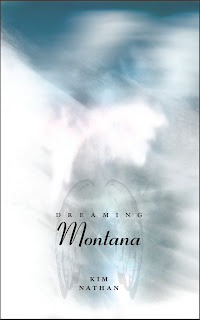 In a single day, Cara Gallagher experiences an erotic dream about a man she doesn’t know and has a premonition of her identical twin—at the exact moment her sister dies in a car accident.  To escape her grief and a loveless marriage, Cara accepts a temporary job reassignment in Seattle, where she continues to have sensuous dreams of the unknown man. There she encounters an angel who claims to be sent by her dead sister to help her find the man in her dreams. Meanwhile, photographer Jay Amiens sees angel wings on his film and has recurring intimate dreams about a woman he doesn’t know—but would love to meet in person.  Set in 1993, Dreaming Montana invokes the spirit of Seattle at the height of the grunge era, with the city as the backdrop for Cara and Jay to potentially cross paths.


“Here she was back in Seattle, and the whole city lay before her like a giant maze. All she wanted to do was run to the center of it, where she would find him. Now she kept her head up when she walked, searching the faces of people passing by, looking for him everywhere in the crowd. Among the flower stalls at Pike Place Market, while she paused to admire the fresh bouquets, she wondered if he rambled these same aisles. She would see him; she had to believe that now. He was here somewhere, waiting for her. At any moment, she could meet him. Until then, she would walk the same city, breathe the same air, see the same stars in the same sky as he did. And she would wait.” 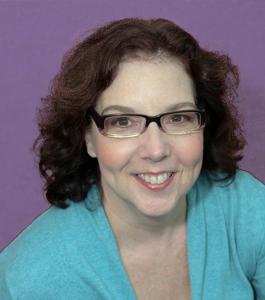 
Kim Nathan is an American author of historical and contemporary romance fiction. Her first novel was Sterling Redmond, a historical romance. Born and raised in Baltimore, Maryland, she relocated to Seattle, Washington in 1994, where she lives with her husband and cats.

My Review:
If you are looking at the cover thinking what's the deal with that?  Don't worry.  It gets explained in the book and as you look back at it and go ahhh, you start to see the beauty in the simplicity. Actually, that's the case for the whole book.  If you are looking for action-packed sequences or studded leather collars, this isn't the book for you.  It's rather an everyday tale with divine intervention
Cara's life (or lack of it) consists of a normal everyday routine.  Same thing, every day, with no exceptions or surprises.  Until her twin sister dies.  Then Cara's life is turned upside down.  It took her sister dying for Cara to finally reach out and want to live.  The life that she had up until that point was not living. She needed change, so when her job offered her a position in the Seattle branch for a special project, Cara jumped at the offer.  She needed to leave the gloom behind her and decide if her marriage was fixable.
As she settles more and more into her new life, she begins to realize all of the things that were wrong in her life in Baltimore.  She is also having dreams about a man.  A beautiful man who talks to her, shares things with her, and makes love to her almost every night.  He helped her more with her grief over her sister's death then any living person could.  But he isn't real...or is he?
This was a sweet romance, almost reminiscent of Sleepless in Seattle, which I really adored.  You go back and forth between Jay and Cara's point of view and follow them through their everyday lives. It seems that fate has a special plan for the two of them and they have sent messengers to assure them that everything goes as planned.  Would that we all had guardian angels such as these!!  The world would be a happier place.  It was a delightful read!!

So would you like a chance to win your own copy?   Just fill out the rafflecopter!!!  Good Luck!!

i believe they're real. or at least i like to think they are.

I love the comparison to Sleepless in Seattle

I believe there is the potential for anything to exist. There is so much more out there than what we are consciously aware of.

I love angles in literature, especially when they're hot and sexy.

Sometimes, I think that someone or something is protecting me and keeping me safe. I've had far too many close calls to think that there's nothing out there.

Thanks for the giveaway L)

Absolutely real, maybe not as they are written but real

I think with all the mysteries out there anything is possible but they can also be hot and steamy fiction for me any day. :)

thx u for the giveaway :)

Real in all aspects, pending on your request and expectations. But watch what you wish for from the angels you may learn a lesson that may be not ready to learn yet.