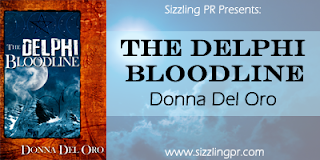 Happy Monday CEWTNK!!  Today I have Donna with me and she will be telling us about her new book!  Take it away Donna!!


Behind THE DELPHI BLOODLINE: ESP/PSI and What Inquiring Minds Want to Know              by Donna Del Oro


Psi is a fascinating field to study, and so the research for my romantic thriller enthralled me every step of the way. I’d been interested in ESP phenomena since early adulthood. My cousin was a full-time, practicing psychic who claimed an approximately 85% accuracy rate in her readings. I’d had a number of experiences that proved to me that I was highly intuitive. But Psi is its own right is fascinating because it calls so many basic beliefs, scientific and otherwise, into question.


Researchers of Psi divide psychic phenomena into several primary areas, and then tend to pick one on which to focus their study. Those areas of research and testing are: Telepathy, the study of mind-to-mind communication; Precognition, the transfer of knowledge about future events that cannot be inferred through any known way; Clairvoyance, studying the transfer of information about faraway places without using the normal senses; Psychokinesis, the mental interaction with material items, whether animate or inanimate; and Biological psychokinesis, the mental interaction with living systems (for example, healing from a distance or the communication with living creatures of different species).


In THE DELPHI BLOODLINE, my heroine Athena Butler, the modern-day descendant of the powerful and ancient Delphi bloodline, displays abilities of telepathy, clairvoyance and biological psychokinesis. Her mother and grandmother all show similar abilities, as does the mother of the hero, Kas Skoros. They are heirs to the bloodline, women whose ancestry can be traced back to the clairvoyant and healing priestesses of ancient Greece.  The problem in my story is that a ruthless tycoon finds out about the bloodline and wants to exploit and if necessary enslave them. To stay free and alive, they must turn vigilant and use all their talents to trap the mastermind’s minions—and try to ensnare the mastermind as well.


Until recent decades, many psychologists and psychiatrists viewed psi with skepticism. Today, the field is open to the connections between psi and psychology, neuroscience and physics. Many top-notch, international academic institutions, such as Cambridge, Princeton, the University of Virginia and SRI (Stanford Research Institute), have psi labs. The same natural laws that apply to physics and other sciences also apply to psi. It can be tested in the lab and has been for decades, the results of which gave rise to the Department of Defense’s Stargate Program.


Many scientists agree that psi might actually be a type of mental process or state, such as memory, learning or consciousness. The psychic women in THE DELPHI BLOODLINE exemplify the extraordinary mental processes that science labs all over the world are now studying.

Now let's take a look at the book details: 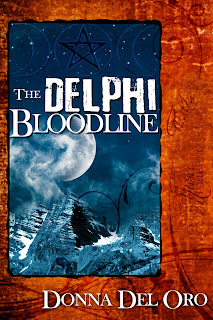 Athena Butler is the modern-day descendant of an ancient bloodline of gifted clairvoyants. She’s trying to live a “normal” life as an artist, but with the disappearance of her mother and other notable psychics, she finds herself dragged into danger. She, too, is a target.
Kas Skoros, the son of a psychic, is a Guardian, one of a secret society whose task is protecting the Delphi bloodline. He rushes to rescue Athena and uncover the mastermind behind the kidnapping plot.
Athena and Kas stay one step ahead with Athena’s psychic abilities and Kas’s training in law enforcement. When they seek refuge at the Skoros compound in the Sierra Nevada foothills, the FBI convinces them that the only way to stop the kidnappers and trap the mastermind is for Athena to offer herself as bait.